Find below specific information about the Project, associated commitments and relevant documentation. 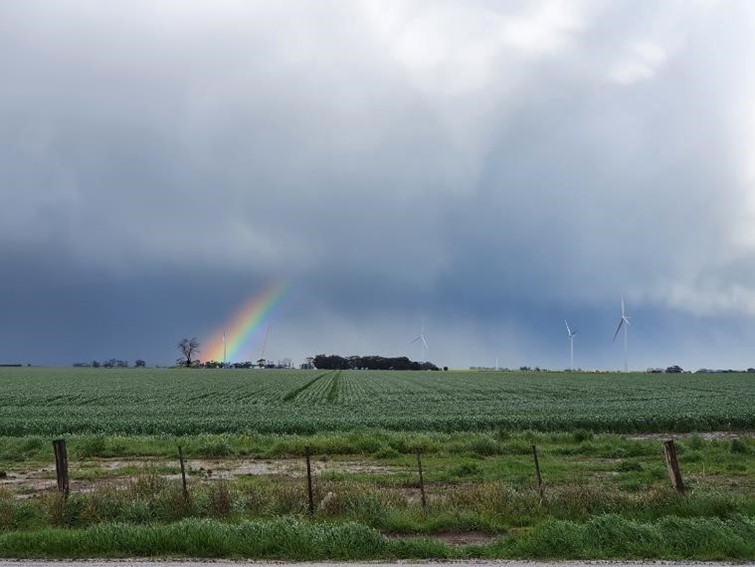 Berrybank 1 wind farm is located in the South-Western Victoria approximately 14km east of Lismore, 80km west of Geelong and 130km west of Melbourne, in the region known as the Western Plains, located within the Corangamite and Golden Plains local government areas.

Global Power Generation Australia (GPGA) partnered with Vestas Australian Wind Technology for the Construction of the wind farm, which started in April 2019, based on 43 Vestas wind turbines, model V136-4.2MW, with a total installed capacity of 180.6MW. 24 turbines will be located in Golden Plains Shire and the remaining 19 in the Corangamite Shire.

Stage 1 of the Berrybank project will be completed in the 3rd quarter of 2020. The project will connect to the grid via a new 220kV overhead transmission line and a switching station into the existing 220kV Ballarat-Terang transmission line. It will produce 650 GWh a year, which corresponds to the energy demand of approximately 138,000 households.

Up to an additional 36 turbines may be constructed as part of ‘Stage 2’.

With that purpose, The Victorian Government established the Victorian Renewable Energy Auction Scheme (VREAS) to support achievement of the VRET. In November 2017, an auction was open for bids under the VREAS, in order to award commercial contracts in support of up to 650 MW of new renewable energy generation.

Successful projects of the scheme were announced in September 2018. Berrybank 1 Wind Farm was one out of the six developments within Victoria to be awarded a supply agreement through VREAS. The Support Agreement signed by the Victorian Government and GPG consists of a 15-year power purchase agreement (PPA) at a regulated tariff.

In October 2019, the Victorian Government increased the Victorian Renewable Energy Target (VRET) to 50 per cent by 2030, providing a clear signal to industry and the whole renewable energy sector on its commitment with renewable energy transition and giving the confidence needed to invest in new renewable energy projects, supply chain development and local jobs that will ensure a sustainable, growing economy for Victoria State.

Further information on the VREAS can be accessed at here.

The project area covers an area of approximately 5,000 ha, where the current land use is primarily agricultural activities including grazing of sheep and cattle and crops (canola, wheat, etc.)

GPG partnered with the Victorian company Enhar to produce a 3D Simulation of Berrybank 1 Wind Farm within Google Earth.

After being awarded in the VRET auction with the Berrybank 1 Wind Farm, GPG reaffirmed its long term commitment to the local community through the ambitious Community Engagement and Benefit Sharing Plan associated to the project in order to engage and empower the local community to realize positive social outcomes. This plan was implemented from the very beginning of the Construction and will be also applicable during the Operations period, providing significant benefits for the local community based on our best practices in Social Corporate Responsibility and a strong financial support from GPG. 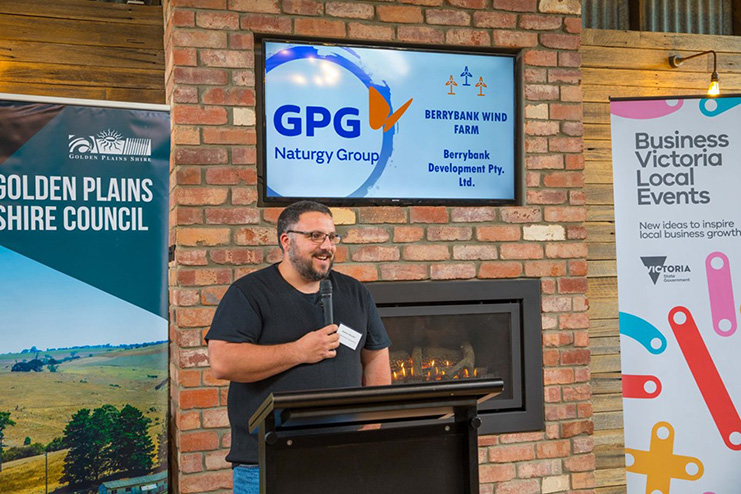 As part of the commitments associated to Berrybank 1 Wind Farm, the project will contribute to the local economic development by:

These commitments are being fulfilled in accordance with these three plans: 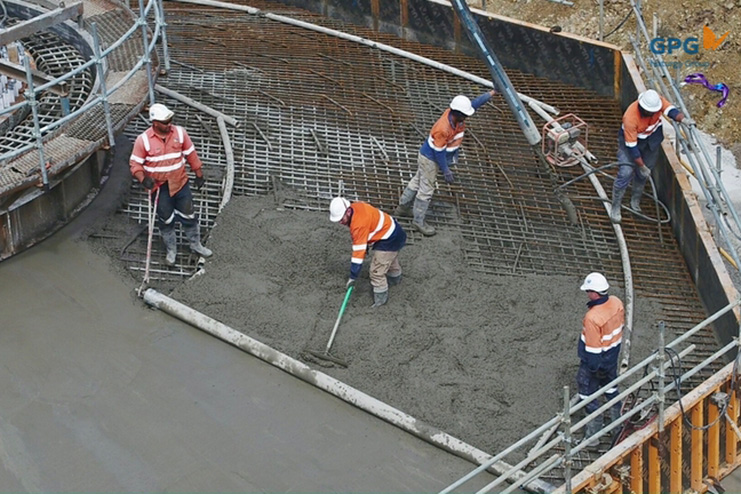 The Berrybank 1 Wind Farm was granted development consent by the Minister for Planning in 2010 for up to 99 wind turbines and associated infrastructure. Subsequently, this development consent was amended to increase the size of the turbines (Mod-1), reducing the numbers of turbines by 20 and upgrading the remaining 79 wind turbines. A second amendment (Mod-2) was approved in February 2018 by the Minister for Planning.

A separate planning permit for the 220kV transmission line was also approved in 2018.

All the endorsed plans and programs required in the planning permits are available here to be consulted.

The Community Engagement Committee was created in April 2019 to ensure good working relationships and participation of the local community and all the relevant stakeholder groups during the life of the project. The minutes of all the meetings held by this Committee are available here to be consulted.

GPG is strongly committed to ensure that the community are kept informed about the project, to seek, understand and to address any concerns.

The newsroom provides access to the latest newsletters as well as the latest media releases for this project.

Get access to all endorsement documents for all key aspects of the project from compliance to all plans for key assessments.

Subscribe to our newsletter to get the latest updates for the progress of wind farm and its commitments to the community. 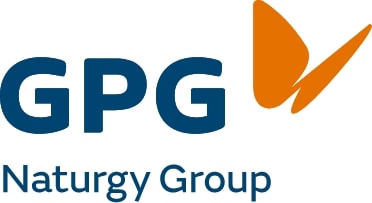